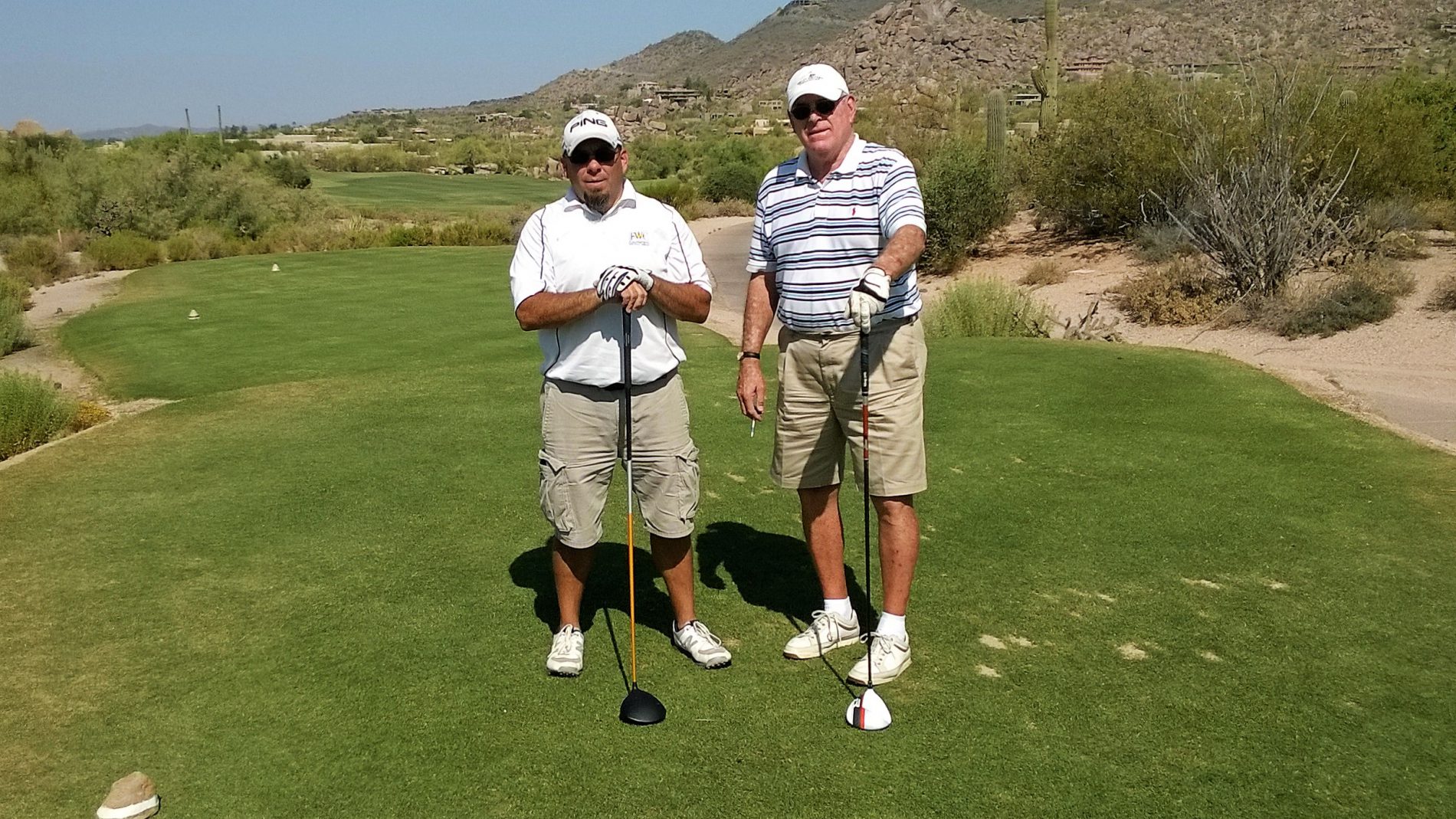 There will be one year‘s worth of Newsletters kept on this page. The very latest link will be one on top. The others will have links to each one if you would like to go back and catch up on VGA news.

At the March 8th meeting, The Board voted to award any VGA member who scores a

double-eagle in a VGA tournament pays $250.

The Board stated that any non-playing person who decides to ride around in a cart during a VGA event is not to interfere with the play of the group by hitting practice shots or by putting.

The VGA Champion of Champions tournaments will be held on Saturday, April 9 at Ken McDonald and Wednesday, April 13 at Foothills.

All VGA members who placed first in their flight in any VGA weekly event on a Saturday or a Wednesday between the dates of 11/01/20 and 10/31/21 are eligible to enter the qualifier (not in the current year). There will be a separate $10 fee and separate payout for both events. First place will get 50% of the entry fees, second place 30%, and third place 20%.

VGA members who qualify may enter both the Saturday and Wednesday Champion of Champion qualifiers.

The VGA will award the winner of the first vs first match $100 and the loser $60.

They will also award the second vs second winner $40.

There will be the usual VGA tournament open to all members with a separate entry fee of $10 for all of the pots.

The results of the Champion of Champion qualifiers are in. In the Saturday qualifier, Dan Christiansen placed first, followed by Ben Hughes and Fred Baldwin. In the Wednesday qualifier, Al Dan placed first followed by Ken Baca and Warren Meehan. Dan and Al will play for the overall Championship with $100 going to first place and $60 to second place. Ben and Ken will play against each other for the

Each foursome in a four-ball contest consists of two two-man teams. The two-man teams will be chosen based on handicaps. All players will be ranked from the

lowest to the highest handicap. The two-man teams will consist of pairs chosen from the two extremes until the two ranked in the middle form the last pair. The scores for each twosome will be the sum of their lower net score on each hole. Golf Genius will compile the scores.

Everyone is automatically entered into the tournament. There is no additional cost to the players. The VGA will award the winning twosome $100, $60 to second place, and $40 to third place.

There will be the usual VGA tournament open to all members with a separate entry fee of $10 for all of the pots.

Highlights from the First Quarter

It is hard to believe, but the VGA has had no recent holes-in-one.

George Banach started off his golfing New Year on the right foot with an eagle on the par-five 487-yard hole number 18 at San Marcos on January 5. He hit an “okay drive” and a “great three-wood” to the back fringe two feet off the green. With the pin at the back of the green, he putted the ball to make his eagle. Congratulations George!

John Adair eagled the par-five 550-yard first hole at Tres Rios on January 22. He hit the driver to the right side of the fairway, punched his second shot into the fairway, and holed out with his wedge from 110 yards. Congratulations John!

Jim Cox had an eagle at Coyote Lakes on March 2. He flew his drive 235 yards down the port side of the runway and then hit his four-hybrid which landed just short of a fairway trap. He then puddle-jumped his wedge over the bunker that landed on the port side of the green and watched his ball as it taxied towards the hole and nosed-dived into the cup. Nice landing Jim!

Low net scores for the quarter

Low gross scores for the quarter

Dan Clark has lost steam in the Wednesday and Saturday Big Dog Races but still leads the Wednesday race with 18 points. Fred Baldwin and Jim Cox are now within striking distance of Dan and are in second place with 11 points each. Rich Golz, Joe Pilewicz, and Doug Walsh are tied in fourth place with ten points each.

In the Saturday race, Ken Baca has taken over first place with 13 points. One point behind and tied for second are Bill Heller, Mike Roether, and Rusty Silverman. Dan Clark, Jim Emma, and Dan Clark are tied for fifth place with ten points each.

You made an incorrect drop and your playing partner was correct. When taking relief in this manner, you must drop the ball from knee height and it must lie in a similar area, no closer to the hole and within one club-length of the original ball. If you played the ball from the fairway, you should have taken a two-stoke penalty. See USGA Rule 14.2d(2)

I hit a drive down the right side of the fairway when players from the adjacent fairway approached the area where my ball came to rest. One of those golfers, played a ball and proceeded to his green. When I went to play my next shot, I realized that the ball was not mine, but seeing no other ball in the area, I played that ball. I then realized that the the other player in the other group must have hit my ball. What should I have done at that point? Pablo El Mirage

You played a wrong ball and should have taken a two-stroke penalty, if you did not, then you should have disqualified yourself from the tournament. If you realized what had happened before you hit the incorrect ball, you should have approached the other foursome and retrieved your ball. After returning to area where your drive ended, you should have dropped in that area for no penalty.

The VGA has a selection of good-quality hats with our logo. There are two styles including white with a blue or tan trim now $20, sand with a tan trim now $20 (not shown in the picture), and white with blue trim and chin tie for $15. There are also white golf hats now $8 and visors now $5. See Fred Baldwin for details. Supplies are limited!